Modern lenses offer without doubt many advantages over their forbears and for a good quality modern lens there is ‘no comparison’ in terms of sharpness, contrast and chromatic aberration. Nevertheless, ‘antique lenses’ do offer the possibility of an artistic interpretation which one can rarely capture with such modern lenses. The most well-known example of this is Meyer Görlitz Trioplan with its relatively simple 3 lens construction. For a good idea of the images that can be produced with a Trioplan see HERE by INES MONDON. However whereas in 2010 a Trioplan could be bought for ca. €50 or in 2011 for ca. €100 a price which perhaps should reflect the ‘photographic quality’ of the lens, in 2015 a reasonable quality version of the Trioplan is not available for less than €600. As such I set out to see whether the Meyer Görlitz Primotars in combination with a Sigma SD1M would be a good alternative to the Trioplan and offer an artistic interpretation that, whilst different, might still have a style that would be interesting to pursue. 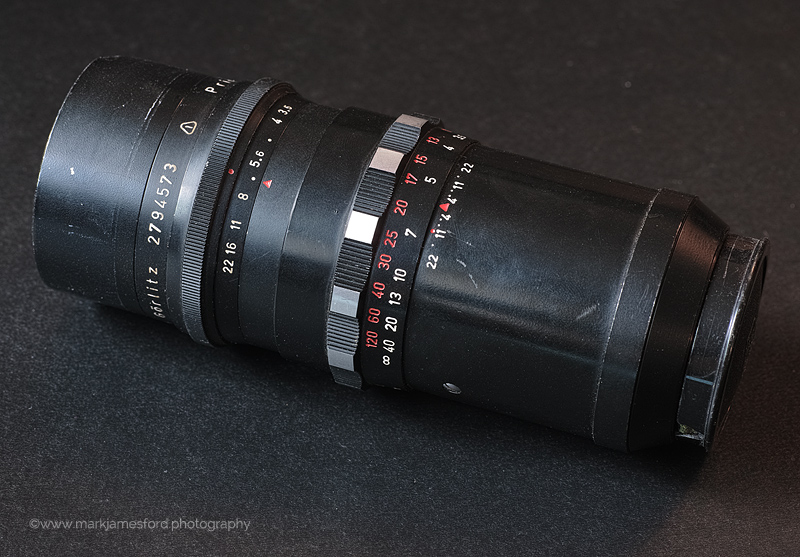 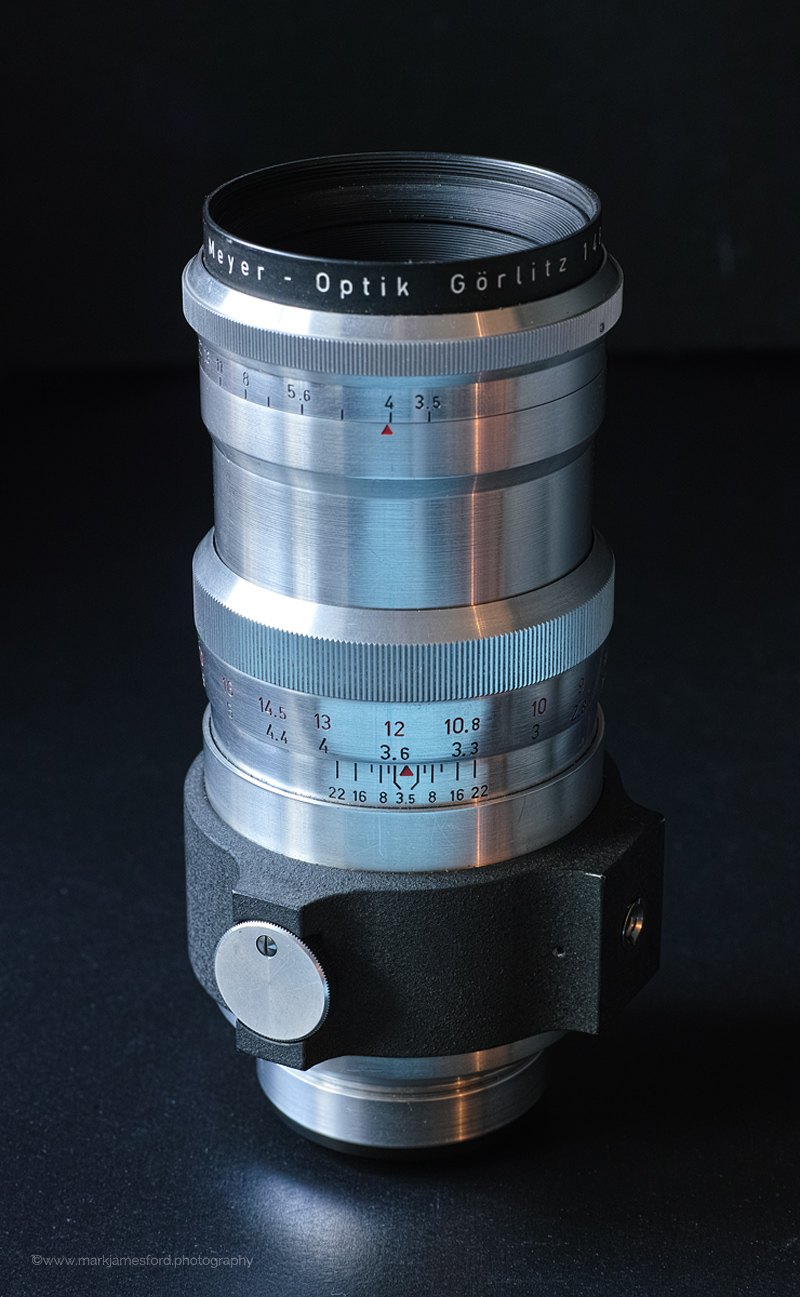 The Primotars have a 4 element / 3 group constructions with a rather unusual design. They are not true tele-lenses but rather were original designed as prime lenses for large format photography. As such the lenses consist of the glass housing at the front and the remainder of the lens, which apart from housing the focus mechanism, is a hollow barrel. Ultimately, this is a construction not dissimilar to the use of the Mamiya RZ67 lenses and a DSLR-RZ67 adapter (see HERE) and, like the DSLR-RZ67 adapter, the lenses are focused by moving the housing which holds the glass elements, which are fixed relative to each other, closer to (infinity focus) or further from (nearest focus distance) the camera body. To clean the rear glass element therefore the lens is dismounted from the focus mechanism. The lenses feel very solid and the 180mm lens in particular is a beautiful piece of engineering. The weight of the lens is, due to this ‘unusual construction’, quite removed from the camera body and although this is acceptable for the 135mm version, for the much larger 180mm lens, the lens has (and needs) a built in tripod adapter. This provides a very nice balance point for the lens. Whilst both lenses come with a sunshade, the lenses are really quite sensitive to the effects of direct sunlight and a much longer sunshade should be used where possible. 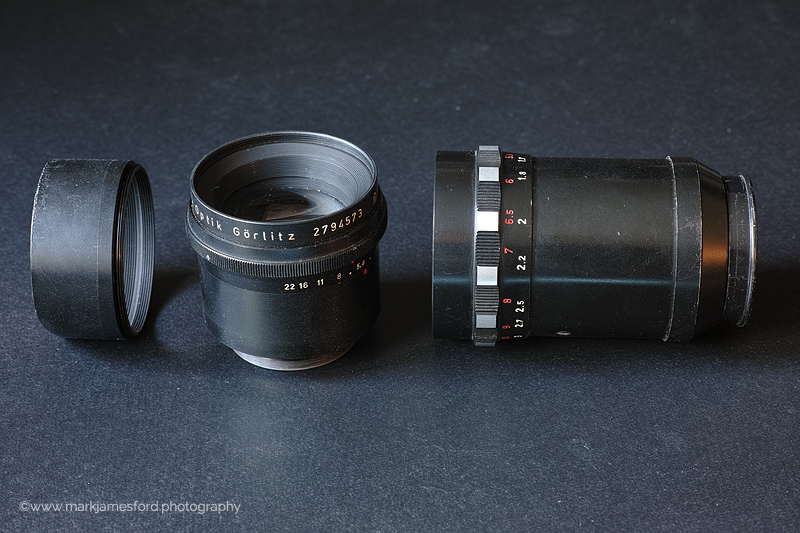 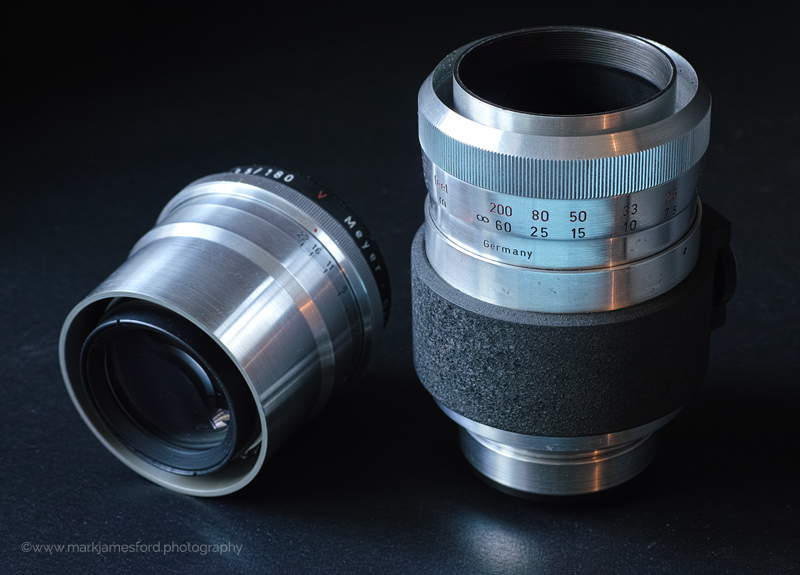 The lenses have a closest focus distance of 160cm (for the 135mm) and 220cm (for the 180mm) respectively which is longer than the 105mm Trioplan at 110cm. Though in the form of an M42 adapted DSLR this distance is shortened somewhat and with the use of macro-rings can of course be shortened even further. Infinity focus is via an M42 adapter on a DSLR not feasible (Except via the sunken M42-Pentax adapter!). That said the M42 mount on the 180mm Primotar is screwed directly on to the base of the lens housing and one could readily envisaged replacing this mount directly with an alternative – this however I have not done.

Both lenses range from f3,5 to f22 this being fixed visually, since there is no resistance to the twisting of the aperture ring at any point. Interestingly however, there is a locking ring which can be set at any full stop setting which prevents the aperture being closed beyond this point. Thus the lenses can be focused wide open and then the aperture ring twisted ‘by touch’ to the preset setting without having to move the eye from the viewfinder.

Focus is fully manual, of course, and is aided by the very fine focus ring which requires a near 360° twist to go from the point of nearest focus to infinity. However due to the softness of the images wide open (see below) and the very fine movement focus, confirmation from the camera is a big help. However, with the lens wide open often the SD1M itself struggles to find enough contrast, especially with the 135mm, to actually provide focus confirmation!

Using the lenses for the first time wide-open it is clear that they come from the ‘Trioplan family’. Structures are interesting and the reflections when shot wide open have the characteristic hard edge / soap-bubble effect. However both lenses are quite soft wide open, this being especially noticeable with my version of the 135mm lens which is very soft. The lenses do sharpen quite nicely from around f4.5-f5.6, peaking at around f8-f11, though clearly these are not the lenses of choice if a very crisp sharp image is the goal at hand! As originally designed the image circle is considerably larger than that used on a Full-Frame or APS digital camera and I assume that a compromise was met at f3,5 to ensure a certain degree of sharpness across the whole image circle at the expense of center sharpness. On a Sigma SD1M, which has the ability to capture very high levels of detail via the Foveon sensor, it is clear that the sensor out-resolves both lenses when used at f3,5. When used with a Sigma SD1M there is some residual colour which can be readily removed via the method described HERE. Chromatic aberration is present though surprisingly well controlled for such ‘old lenses’ and I have yet to be in a situation where this was intrusive enough to not use an image or where it could not be easily ‘managed’ within Photoshop. 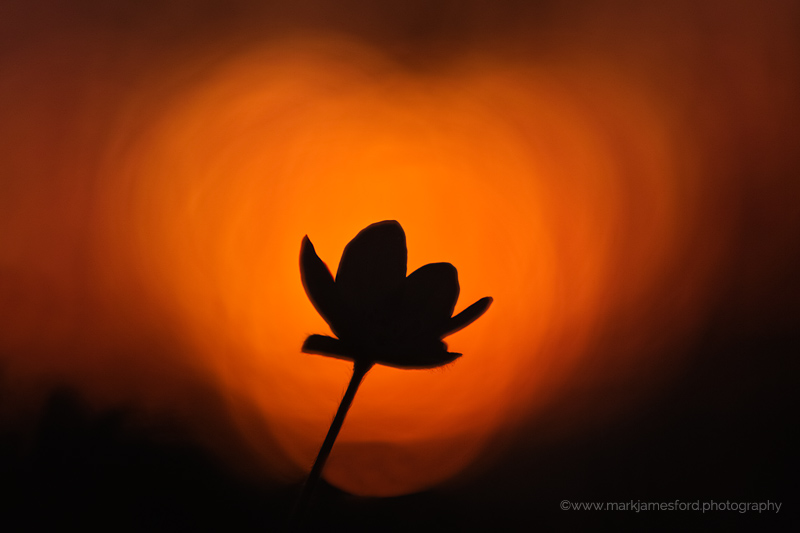 The reflection circle is larger at the same distance (of course) for the 180mm and largest when the camera is focused at its minimum focus distance, an effect which can be used to good effect compositionally. Both lenses have a 15 blade aperture and stopping down the lens produces smaller reflections which however remain as well defined circles. The classic ’soap-bubble’ becoming progressively less pronounced as the lenses are stopped down. 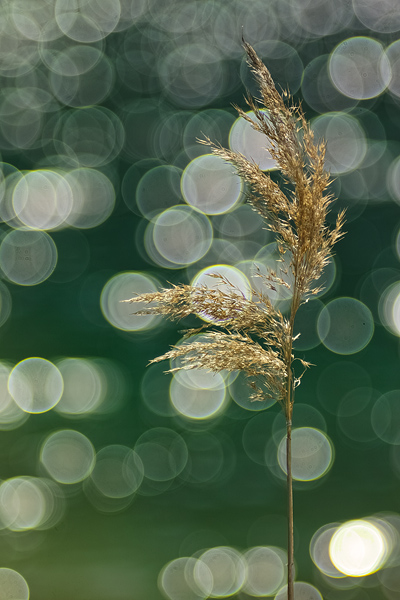 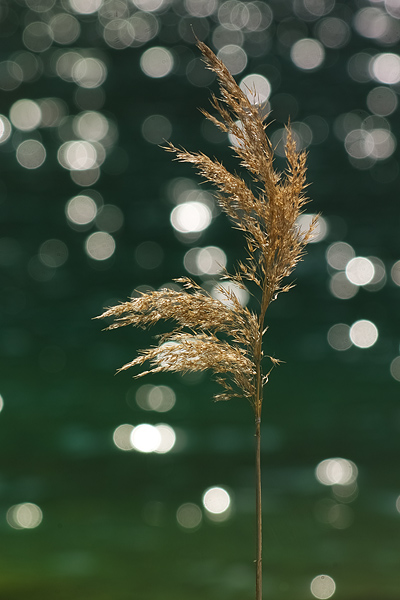 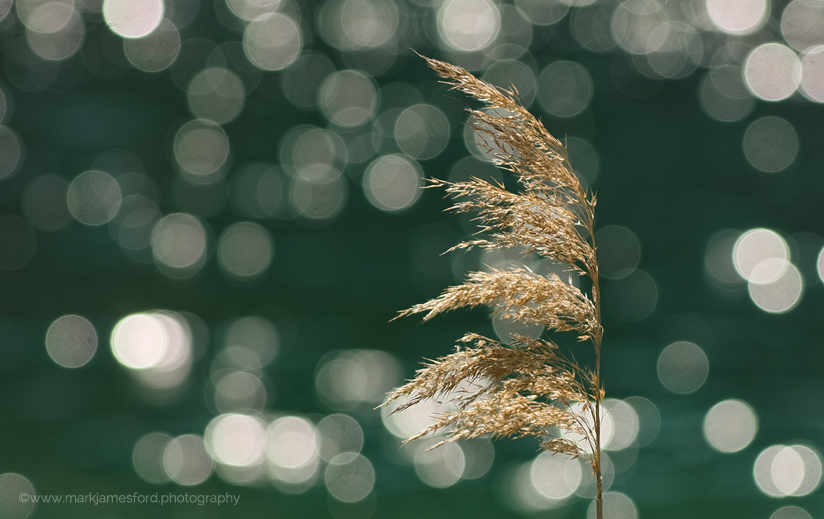 Much like the Trioplan out-of-focus areas of the image retain both interesting structures and relflections which can be used to great effect. 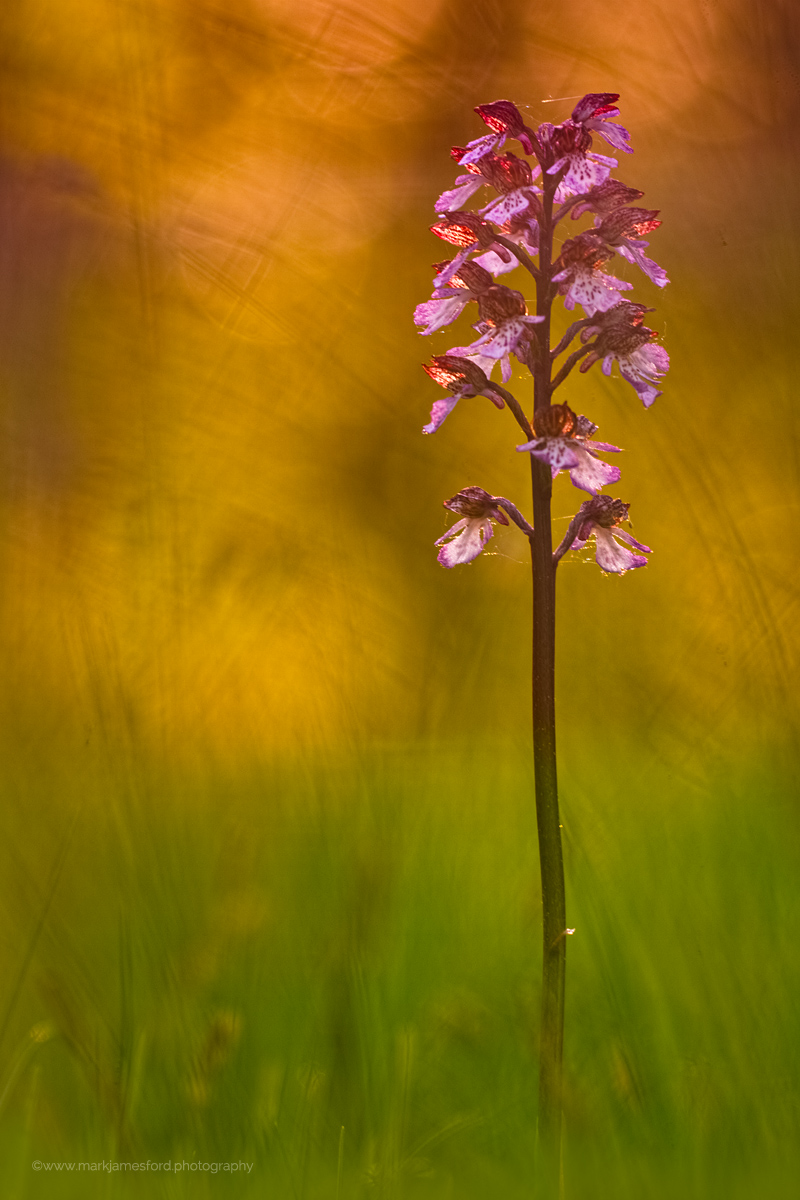 Below is a simple comparison between the 135mm and 180mm Primotars as well as the Mamiya RZ67 140mm Macro and the Sigma 150mm Macro. With all four lenses the camera/lens were hung from an inverted tripod which meant that 150mm Macro and 180mm Primotar were considerably easier to use. Without doubt the 150mm Macro from Sigma is an excellent lens and in comparison to the manually focused older lenses very easy to use. It simply produces superb results and is a lens that I would always want to have access to in the field. Nevertheless the Primotars do produce an image which has a different and interesting character.

N.B.: For the purposes of the comparison the images were adjusted to be as close as possible with approximately the same level of processing. However, the light was varying quite dramatically as each of the lenses was being used and each image has been somewhat optimised in its own right rather than using absolutely identical post processing conditions. There is also some (slight) movement of both camera and tripod between shots. 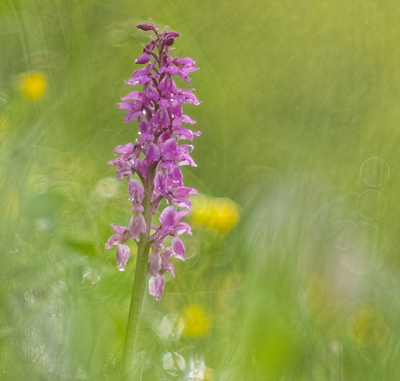 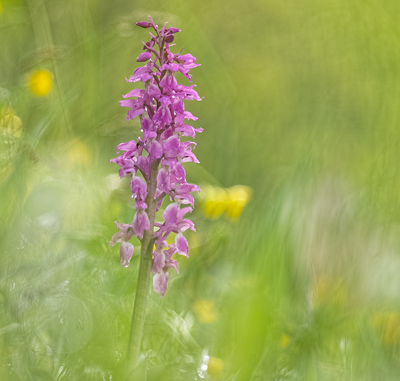 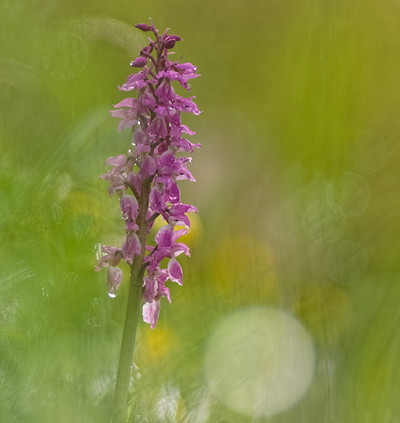 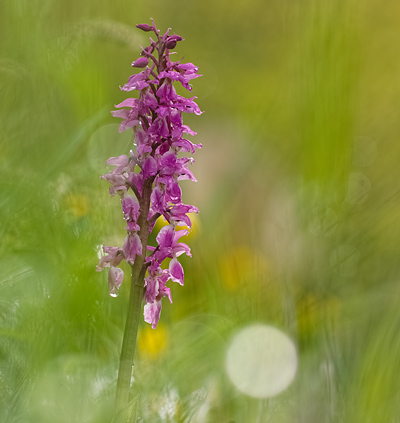 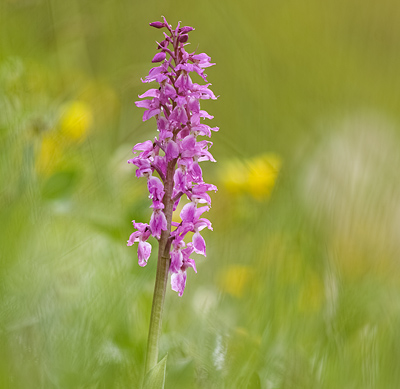 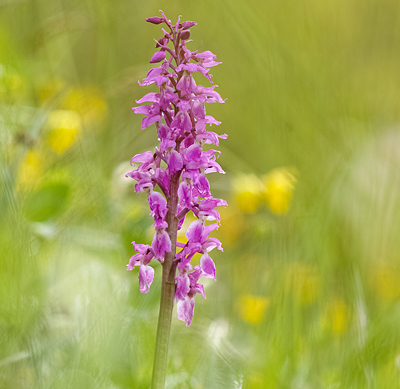 In conclusion, the Primotars cannot be compared with a modern lens such as the outstanding Sigma 150mm Macro. Nevertheless, I feel that the Primotars offer an interesting artistic alternative and at the moment they could be considered to offer considerably better value when compared to a Trioplan. However, whilst there will be some variation with older lenses certainly wide open they are not sharper than a Trioplan and may be, on average, even softer – especially so for the 135mm, that, and the longer minimum focus distance should be born in mind when considering a purchase. When all is said and done however, it is always the images which speak for themselves and I am very pleased with the images that I have obtained so far from the Primotars. I have no hesitation in hanging the 180mm Primotar from the tripod and exploring the creative possibilities it offers. Here to close, are a couple of shots from the Primotars with more examples to be found in the liverwort (Leberblümchen) (HERE), wild flower (HERE) and wild orchid (HERE) portfolios. 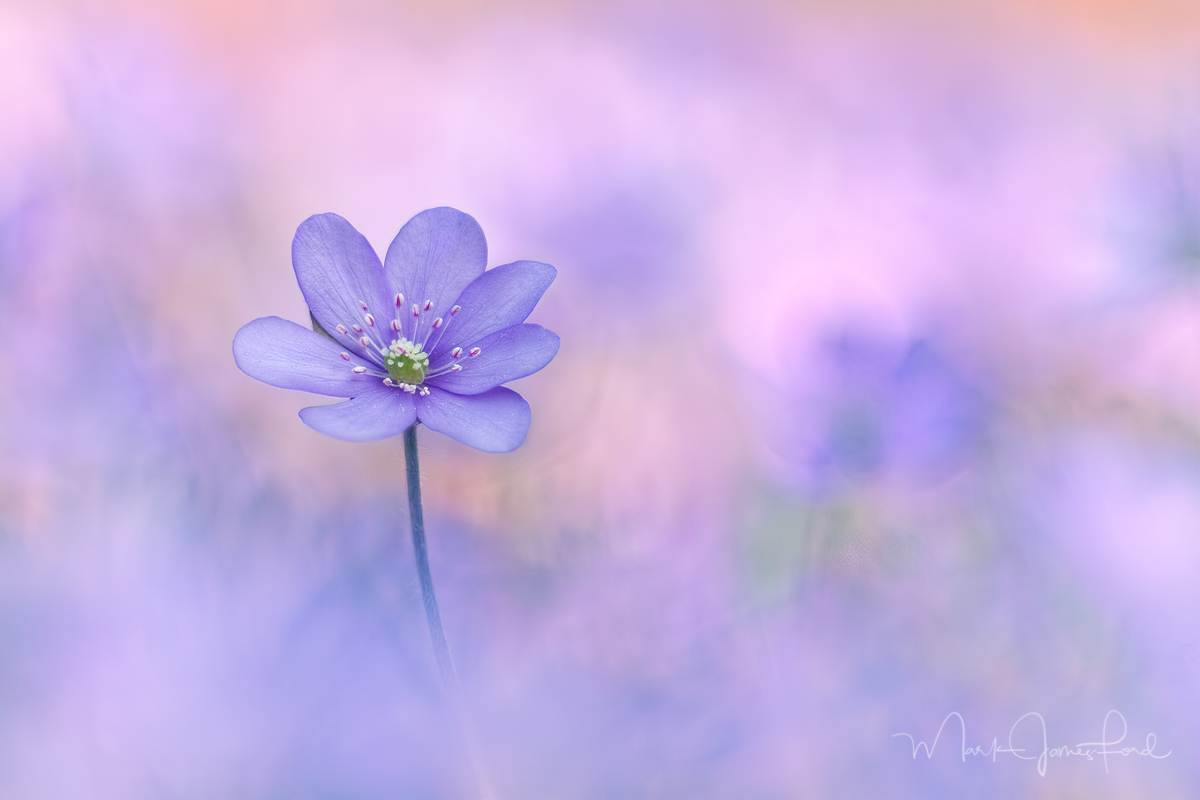 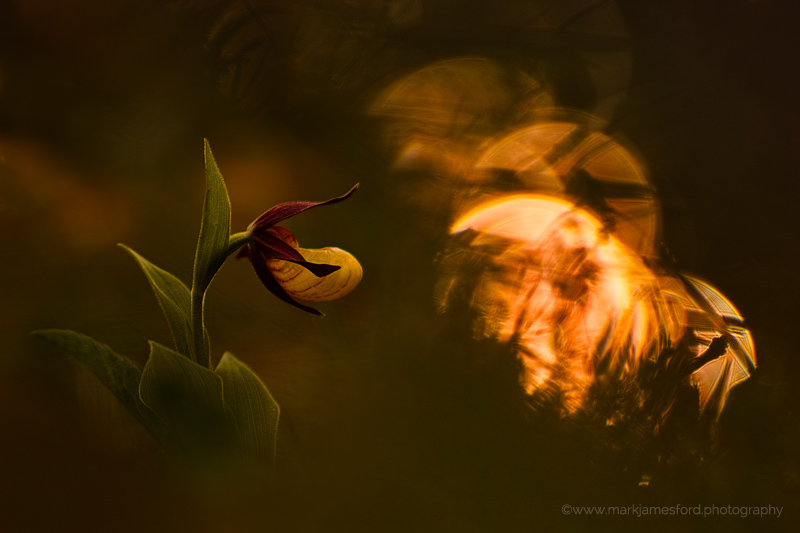