The Sigma Foveon Sensor
A Perspective

The Sigma Merrill and Quattro Foveon sensors are fundamentally different to the ‘standard’ Bayer sensor found in modern digital cameras. They offer detail capture and colour reproduction that is unique and are a fundamental part of my photographic work and without which I would not be able to produce the final images in the form that I would like. As a reference photographer for Sigma Deutschland clearly I am not unbiased with respect to what the Foveon sensor has to offer, nevertheless I would hope that this article can be seen as an objective perspective of this rather special sensor. 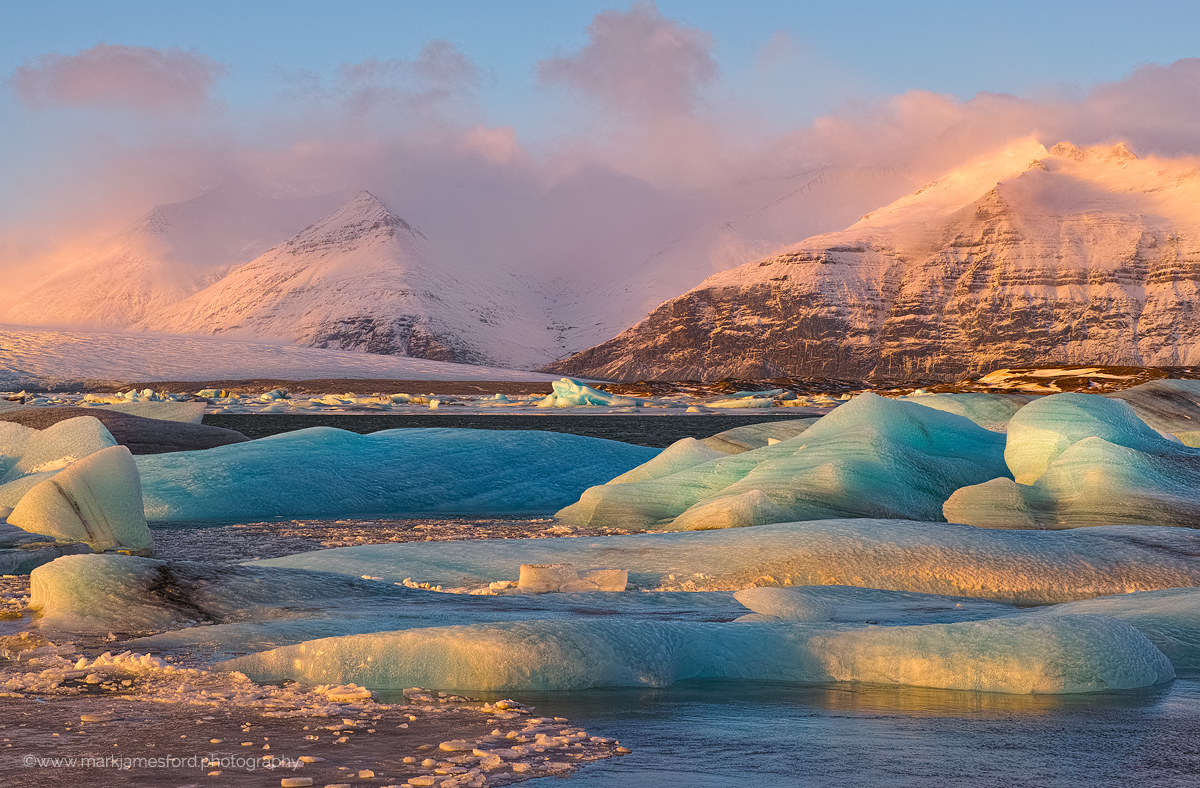 The Bayer sensor is a single layer of pixels which is masked by a Bayer filter. This is an array of blue, red and green masks which allow each individual pixel to capture either ‘blue’, ‘red’ or ‘green’ light. Arranged as shown below a 24MP Bayer sensor has 6MP of ‘blue pixels’, 6MP of ‘red pixels’ and 12MP of ‘green pixels’. To arrive at the true colour for any one pixel the camera software has to interpret not just the relevant pixel but also its nearest neighbours to judge what the colour should be. This process is known as interpolation. For example if a ‘red pixel’ lights up strongly and the surrounding pixels hardly at all the camera ‘knows’ that this is (should be) a ‘red pixel’. If all of the surrounding pixels light up approximately evenly, then the camera ‘knows’ that the light captured at the ‘red pixel’ is something approximating a neutral grey. This process, described here of course in a very simplistic form, allows the camera to interpret the colour for all the pixels and a 24MP full colour image is the result. This process has however a few disadvantages when it comes to reproduction of fine colour detail and nuances. If the camera is photographing an image which is basically blue with variations of fine blue detail then most if not all of the light for the image will only be captured by the 6MP of ‘blue pixels’. Variations in detail colour which ‘only’ fall on the ‘green’ or ‘red’ pixels will hardly be captured anyway and even if captured at all cannot be interpreted without using the ‘blue’ pixels which might not be responsible for this variation anyway. Thus whilst all pixels capture luminosity data (brightness without colour) for such subjects the sensor simply cannot ‘see’ the colour detail that is present. It should be obvious that this results in a reproduction in detail and specifically colour detail which is thus significantly lower than the ‘24MP’ would suggest. Furthermore the nature of the colour itself relies on a very low level response interpolated from neighbouring pixels, meaning that variation in colour and absolute colour are to a certain extent ‘mixed’. A somewhat abstract and of course hypothetical extreme of this is that, if an image of a Bayer sensor mask was photographed so that the light from each of the coloured squares fell only on the respective (same colour) pixel on the sensor, then all of the pixels would light up equally and the camera sensor would interpret this as a uniform grey image. 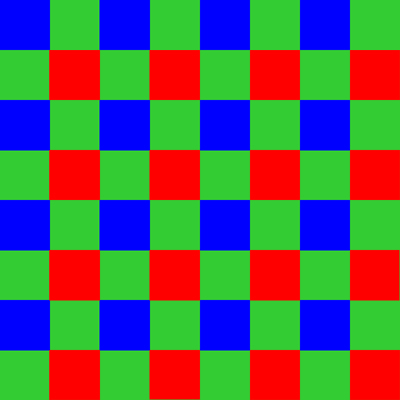 Distribution of coloured pixels on a Bayer Sensor

The Merrill sensor is fundamentally different in that it is composed of three layers. So that each ‘pixel’ is able to capture ‘blue’, ‘red’ and ‘green’ light independently of its neighbours and the interpretation of the colour (and luminosity) of that pixel is determined only by the light that falls on it and not that of its neighbours. This means that each of the 15MP of pixels that make up the sensor are able to interpret fine variations of colour across the entire visible spectrum. There are thus the equivalent of 15MP of ‘blue’, 15MP of ‘red’ and 15MP of ‘green’ ‘Bayer pixels’. This lack of interpolation where each pixel is responsible for the absolute readout of colour and luminosity means that the 15MP (15.36MP to be exact) Merrill sensor (15MP+15MP+15MP = > 45MP) is able to capture and reproduce significantly higher levels of colour (and luminosity) detail than a 24MB Bayer sensor (6MP+6MP+12MP). There is a further and subtle but nevertheless real knock-on effect to this process: Since each individual pixel is alone responsible for the ‘colour’ that it sees it means the reproduction of the colour itself is subtly different.

This brings me to one final point about both the Merrill and Quattro sensors and that is that they need light! These are not the right sensors to be used for low light short exposure photography situations. However the top layer sees as much light as a single layer Bayer sensor (of course) would and a further net result (compromise if you like) is that when enough light is present for a bright exposure of the bottom layer then the top layer may already have ‘burnt out’. The Merrill sensor in particular cannot for this reason always reproduce as high a dynamic range as a Bayer sensor with the same size pixels. That said in the days of 14 or 15 exposure level dynamic range top range DSLRs we forget that slide film for example is/was barely able to capture 7 or 8 exposure levels of dynamic range and no film photographer worth his/her salt would dream of taking images directly into a setting sun without some pretty extensive filter work in place.

A Few Words About Noise

For anybody who has only used a camera based on a Bayer sensor seeing a scanned film at 100% for the first time can come somewhat as a shock. The following image is reproduced at 100% from a high resolution scan of 6cm x 17cm medium format slide film (from a Linhof Technorama SIII). I have reproduced (as a true photograph) and sold the FINAL IMAGE several times as part of a limited edition at up to 100cm by 300cm to the entire satisfaction of both myself and customer. Nevertheless a view of the image at 100% shows that the ‘noise’ caused by the film grain is so strong that actually it has just a high a contrast as the subtly variations found in the image itself! As such, simple use of an ‘unsharp mask’ in Photoshop does little more than accentuate the grains rather than actually ‘sharpening’ the image itself. 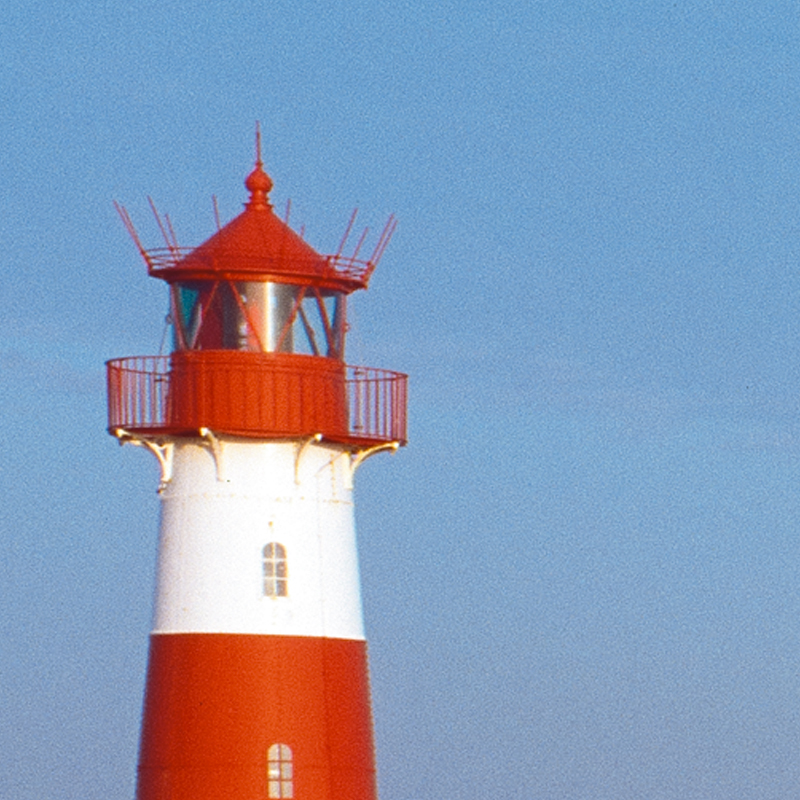 Noise is an inherent feature of any electronic circuit and is based on low level background variation of an output signal independent of the incoming signal. With a Bayer sensor however, I have already discussed above about how the final colour and luminosity output of any one pixel is also based on the data recorded by the surrounding pixels. It is thus of no surprise that as such also the noise to a certain extent will be an average of the noise from many pixels and thus the noise levels can be very low.

With the Merrill (and to a certain extent the Quattro) sensors this is not the case, since each individual pixel is responsible for the colour and luminosity output from that pixel. It would thus be expected that inherent noise levels (because there is no averaging due to interpolation) may be slightly higher. This being said, noise, and specifically luminosity noise, from both cameras is significantly lower than anything that would be the equivalent of ‘film grain’ and would not and does not cause any concern whatsoever in terms of reproduction in a physical medium. Only when viewed at 100% as a digital image – ‘pixel peeping’ so to say – is the difference (if any is present at all) noticeable. Since this ‘noise’ in both the Merrill and Quattro sensor is not an issue, I rarely if ever apply any luminosity noise reduction (at any time in my workflow) thereby maximising the detail available.

Both the Merrill and Quattro sensors can be prone to green/magenta noise in the shadows if pictures are not exposed correctly (=underexposed) or the exposure time is long. Here ‘exposing to the right’ (ETTR) is highly recommended, and would be recommended in general for any digital exposure anyway, since this ensures the best possible use of the dynamic range available. Such noise, if present at all, I leave in place when doing the first RAW conversions in SPP, the dedicated RAW conversion program from Sigma for the Foveon sensor, as it is readily recognised and easily controlled in Adobe Camera Raw as a normal part of my workflow. 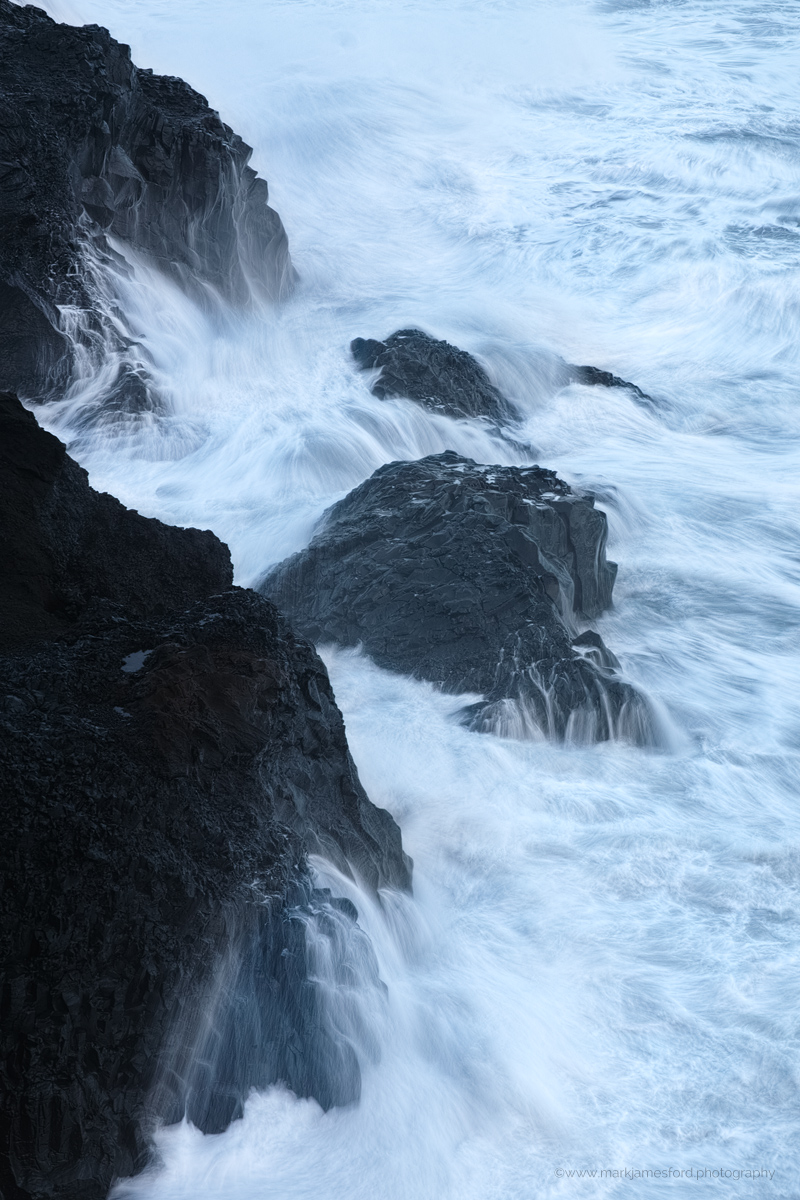 This is why I use Sigma cameras! The detail captured from both Merrill and Quattro sensors is phenomenal. The images can be reproduced on a very large scale (and considerably larger than the respective pixel resolution in MB values might imply) without any loss of apparent quality. I routinely reproduce images from the Merrill sensor at 100cm x 150cm from a single exposure and the resulting photograph never fails to impress! Below are two shots from the Merrill and Quattro Sensor shown at 100% that show the slight differences between the two sensors: 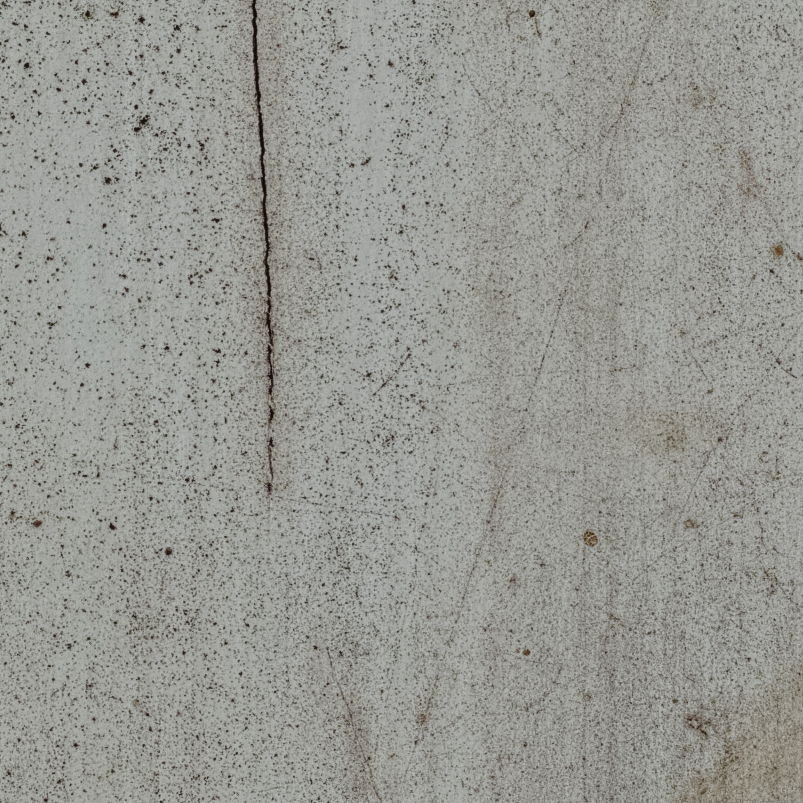 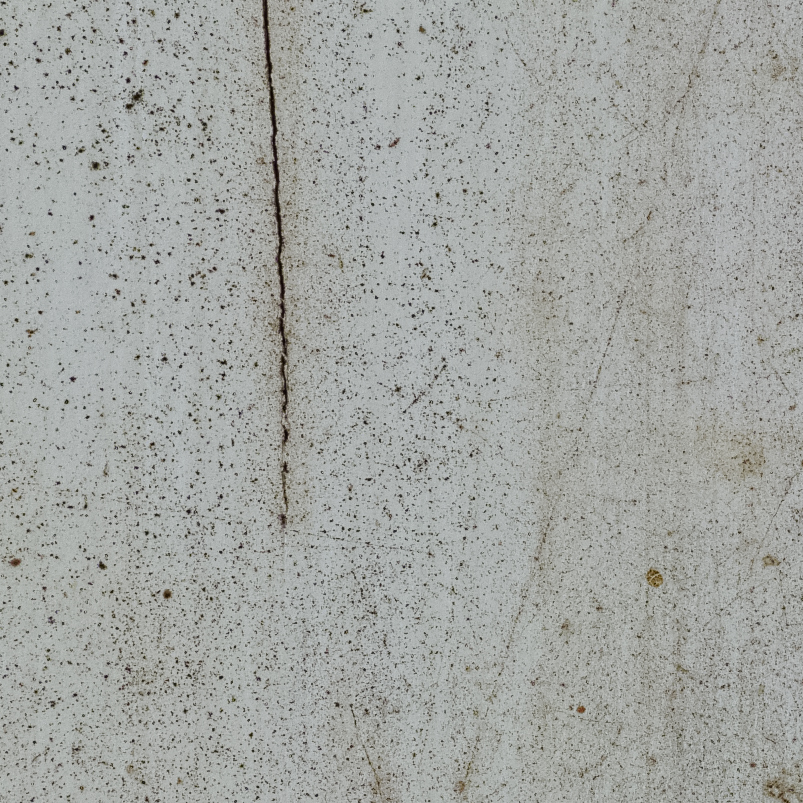 For my own work capturing and controlling fine detail in moving water is something I am constantly interweaving into my work – again here the detail from both the Merrill and Quattro sensors never disappoints and both give me plenty of subtle variations which I can exploit in a final image. 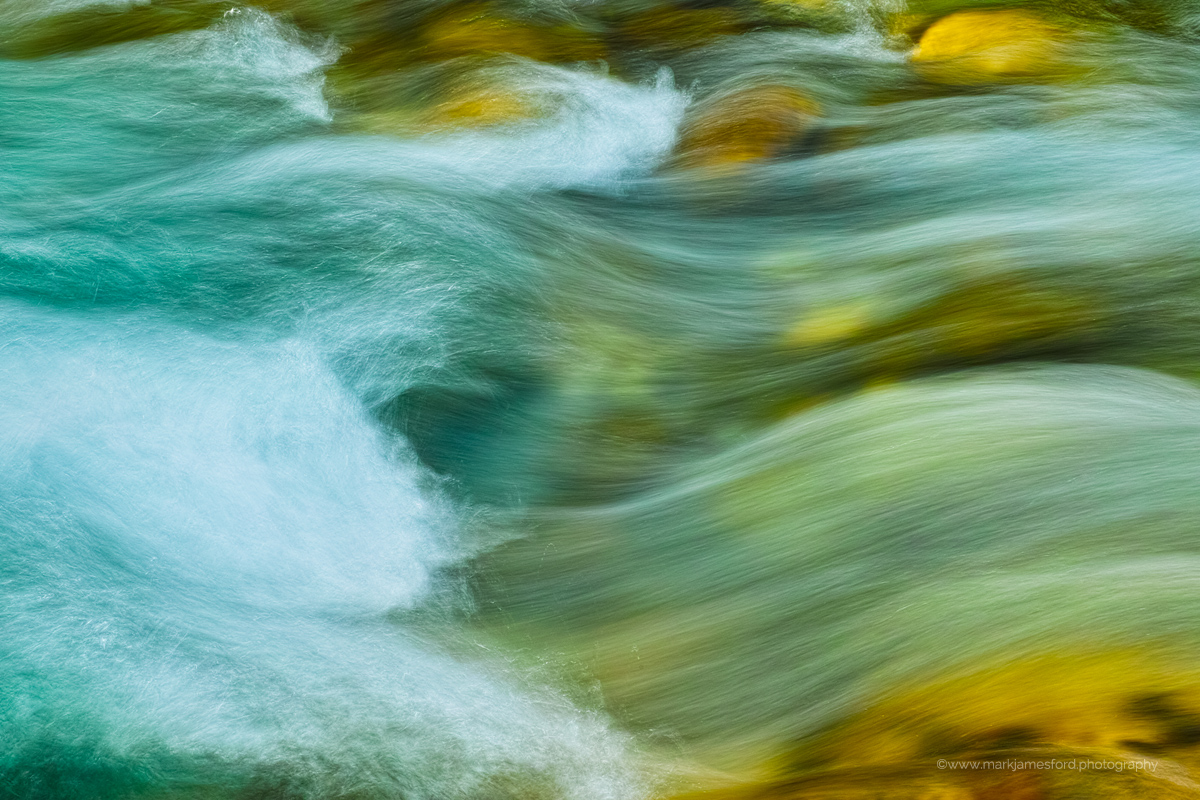 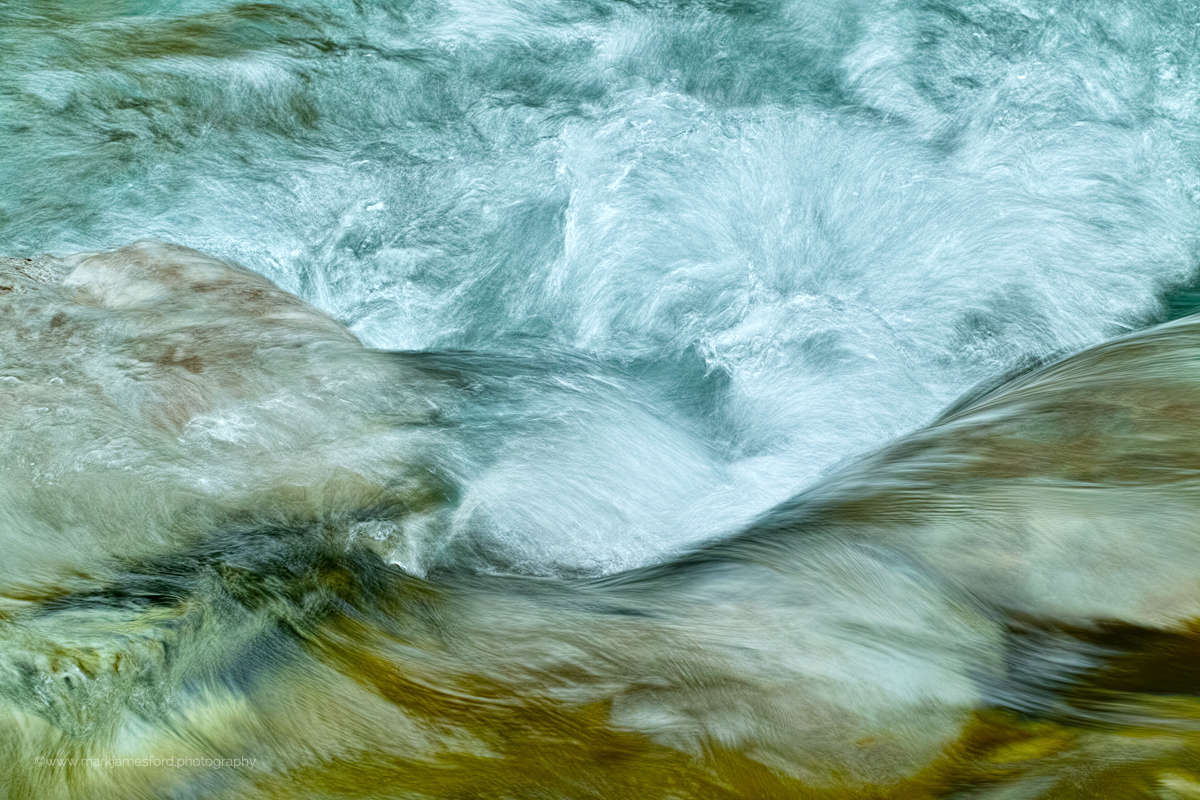 But detail is not everything and a selection of the pictures i shoot can have very little ‘sharp detail’ in them: Here the colour reproduction of the Merrill and Quattro sensors come into their own with subtle tones being ever present to be exploited and manipulated. 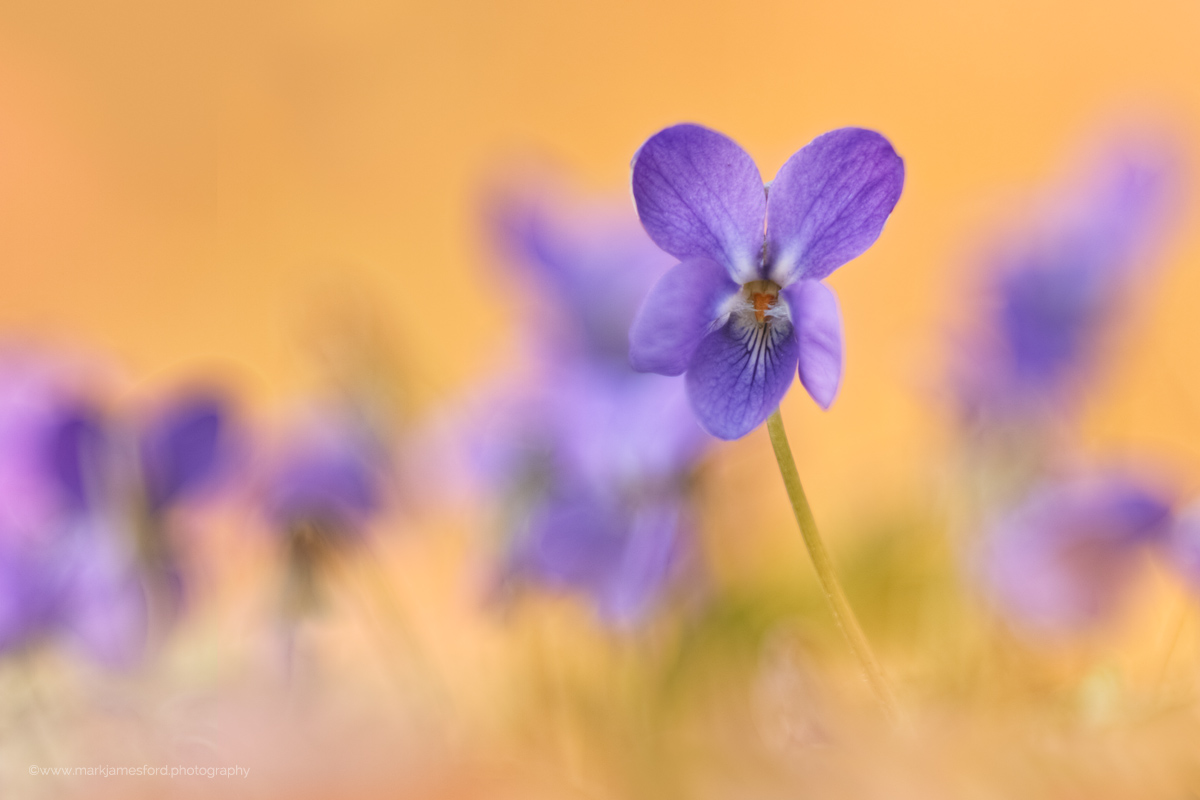 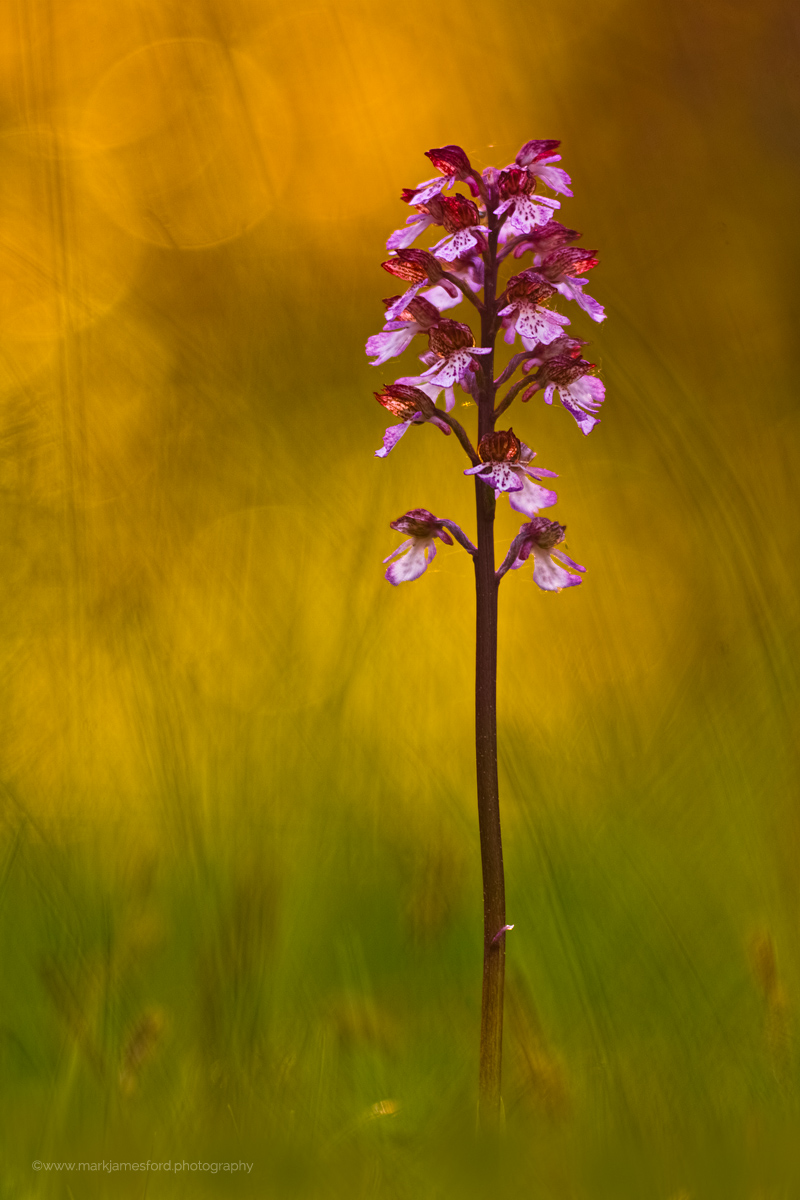 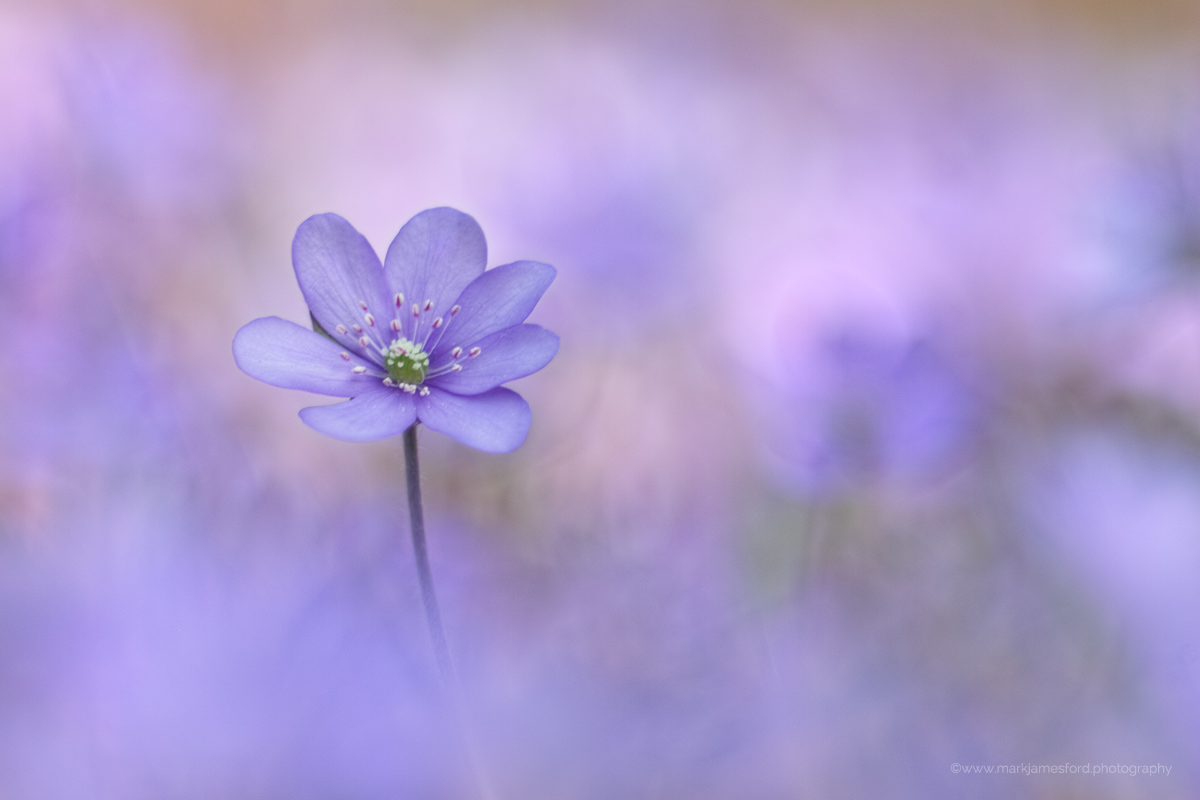 Here are two examples from the Merrill and Quattro sensors where both colour and detail capture and colour were important towards arriving at the final image: 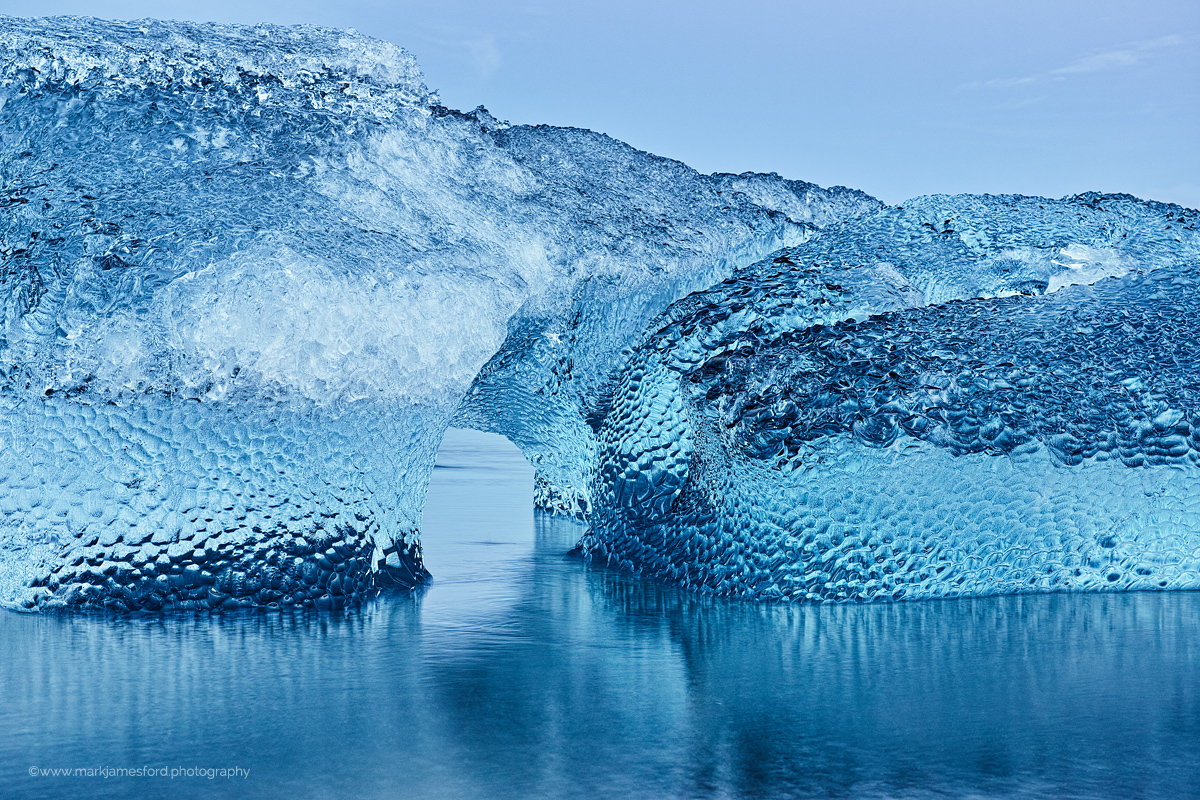 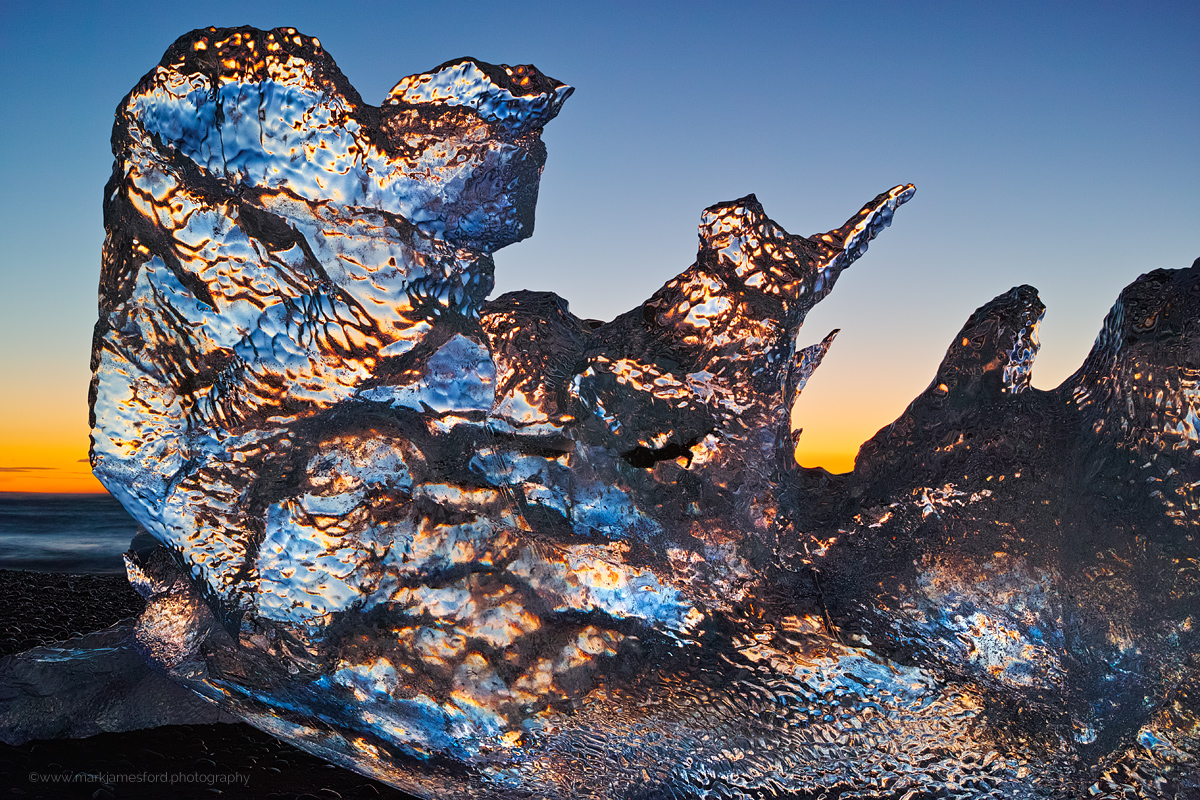 The camera (and thus also the sensor) is no more responsible for the image that is captured than my hands are for the words for that are written here. The way that the image is captured and how it is reproduced at the pixel level is however very much part of both the glass that is put in front of the sensor and the way that the sensor interprets and reproduces the light it receives from this glass. The Merrill and Quattro sensors, whilst being subtly different from each other, offer an, up to now, unique capture method that enables very high reproduction of colour detail. However, the wonderful reproduction of colour and subtle colour detail in general is not just what these sensors are about: The colours themselves are simply amazing and offer a creative pallet which is an integral part of the final images that I wish to produce.

It will therefore come as no surprise that i cannot envisage ever again using a digital camera based around a Bayer sensor for any part of my serious photographic work – The Merrill and Quattro sensors are simply something very special.

Another excellent article about the Foveon sensor by INES MONDON can be found HERE, which deals more with the aesthetic qualities of the sensor. (The article is written in both English and German).